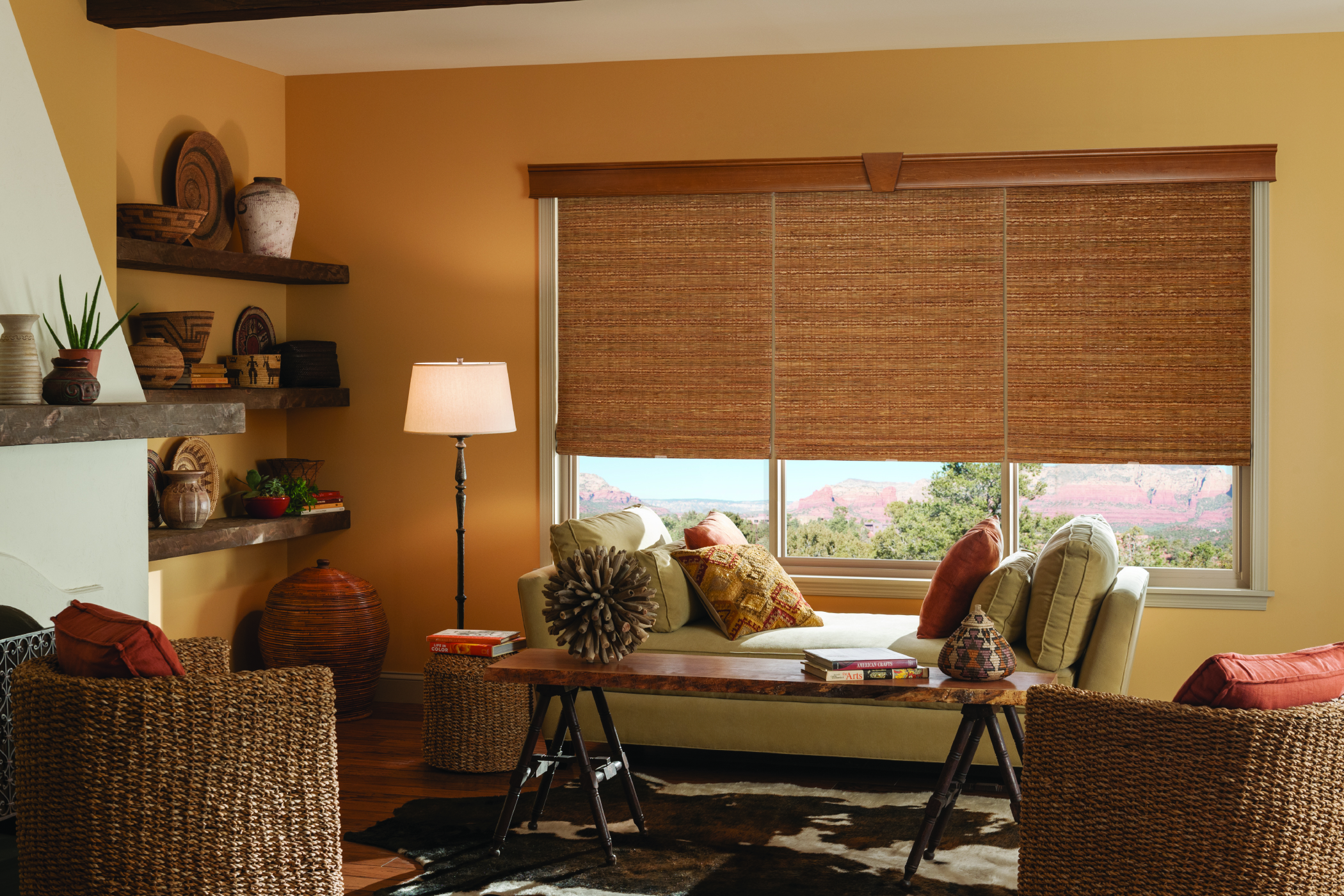 One of the most traditional window treatments still out there on the market today is the Roman Shade. Named so because they were used in the colosseum during the time of gladiators and lions duking it out on the bloody sands to thousands of cheering roman citizens. They were used in the colosseum because while it might have been fairly cool in the lower sections close to the ground, up in the nosebleed sections, it could become almost unbearably hot. To protect the viewers and give them a better view, Giant awning-like shades were erected above the circular ring to prevent the heat from frying the people. These pleated fabrics were very much like the shades used today, in our own homes and businesses, though these were hung horizontally rather than vertically. It’s easy to see from there that these shades became very popular in Roman households, who wanted to keep up with the fashion and design trends, just as we do today! These shades used the same blueprint that the modern roman shade is based off of, with the same basic cord, or rope for the ancient romans, and pulley system. Ours is simply more compact, elegant and usually made from plastic rather than stone.

Romans created these shades to be easy to pull forward or back from their place high up to block out harsh sunlight in the Italian afternoons. For the Romans, everything about these shades had to be practical and easy to maintain, so that they wouldn’t need to be replaced every other day. The use of a large singular piece of cloth meant that back then, and today, cleaning Roman Shades was as simple as uninstalling them, wiping the shade down, and then putting them back up. Considering the size they were, large enough to block out light for the massive battle ready colosseum, the ones we use today are even easier to clean by comparison, and not nearly so dangerous.

Roman shades have always had a wide array of customization options, and as their use spread with the spread of roman language and culture, that hasn’t changed today. Back then, customization meant the color and length of the cloth used, perhaps even patterns woven into the cloth if you were a member of the wealthy elite. A rich royal purple would have cost an arm and a leg. Nowadays, we have great manufactured products like Hunter-Douglas Vignette Roman Shades for performance, the stacked roman shades for versatility, or the ever wonderful classic roman shade if you truly want to live “when in Rome”. Style and sophistication is no longer an option beholden to the wealthy elite, where the best one could hope for would be cheap rough cloth on a simple pulley.

Without the Romans we would never have such advances in our modern life that we all enjoy today. Innovation was the key to these advancements, as when Romans saw a problem they set out to fix it as quickly and efficiently as possible. Whether as large a problem as the creation of an accurate courier system, down to making sure the heat of the sun never fried their heads, Romans made sure to keep building and moving forward.